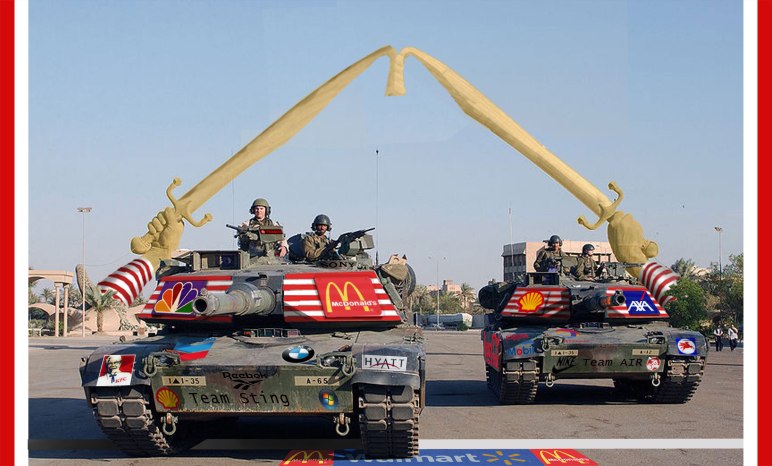 To understand the meaning and context of my  artwork, it helps if you have read some philosophy especially “Simulation and Simulacrum”, it follows closely the Philosophies of French Philosopher Jean Baudrillard  which for me as an artist was a life changing book, Baudrillard’s  insight’s and theoretical extensions of plato’s and others past philosopher’s, Philosophical ideas he puts him self on Par with both with Plato and Socrates. Baudrillard see’s man and the world he has designed around himself as living in a simulation within a simulation, I look next door someday and I swear I see another me, this sublime recognition of living in a suburban simulation with our simulated Santa , simulated Christmas trees and simulated fairness of society most live with total disregard that they are now part of the simulation because they feign to live in reality,with all the other living creatures on the planet.  One way that we have come to this way of living is through petroleum oils found in at least 70% of products in some form, from this this abused substance  one can make a Plastic Flower that simulate’s the formal structure of a flowers image, seeing that the plastic flower cannot have a consciousness of being a simulation the creator of the plastic flower is well aware of the simulation, but feigns it is not dangerous or feigns it dose not even exist. This makes multinational mega  corporations pretend that there business are for the good of the community s and pretends there is no trade of to the real world, but the more you see plastic flowers the less you will see the real flowers, till one day there is no real flowers, that’s when the simulation comes full circle and is at its most dangerous .  The Movie The Matrix was written around Jean Baudrillards theories of the simulacrum. The Matrix is based on parallel world that already has robots and Artificial intelligence , Man sometime later see’s the AI an dangerous and try’s in Vain to kill it but the AI is many steps ahead, as a threat to itself and the planet, when man saw that most energy for AI and robots came from the sun, man blackened out the sky  and gave birth to the second renaissance, the AI saw that it had no choice an started harvesting and propagating humans into a bio battery for the machines, to keep man alive as a bio battery it had to trick his subconscious into believing  he was alive and living in the real, thus was born the Matrix a synchronized digital simulacrum of the pinnacle of man’s existence with in the year 1984. The Matrix is just one of the many rabbit hole ‘s that can lead to the ultimate denial of the real due to the perfect control and design of the Simulation simulacra, be weary.

The title for this work is “A Model for the world-A world that’s a model” completed in 2014, the imagery of the art work based around photographed image’s of Flinders street station taken by myself on a canon 50D, appropriated  images of soldiers, sheep and an African man being detained are all off the internet and have been manipulated to look like toy soldiers, this helps retain the idea that we are living in a simulated world of man made objects and ideologies, taking reference from Jean Baudrillards “simulations and simulacra” and Plato “Simile of a Cave”, from Platos  ‘The Republic’, which is over 2000 years old and it as relevant today’s it was back then. Here is the link to the 7th chapter in Plato’s Republic where Socrates presents the most beautiful and famous metaphor in Western philosophy: the allegory of the cave, https://ebooks.adelaide.edu.au/p/plato/p71r/introduction7.html . 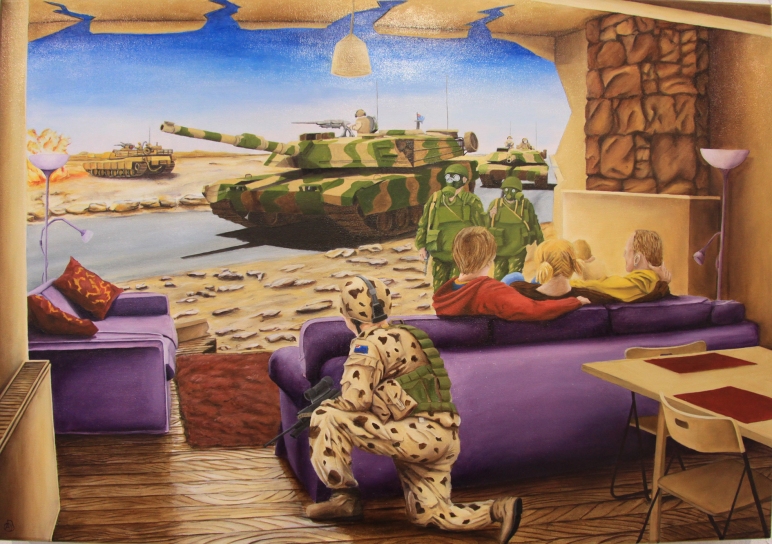 This painting is oils on canvas, it was inspired by the writings of Plato in his philosophical writings ” simile of the Cave” which is about illusion, control, fear and a simulated world, similar to Jean Baudriallards simulations and simulacra. Completed in 2010 it was exhibited an Melbourne University student Gallery, it was also a finalist work in the Exhibition The Undergraduate at Toyota community spirit Gallery in 2011. It is still for sale please esquire about the price if there is any interest in buying.

This is a text widget. The Text Widget allows you to add text or HTML to your sidebar. You can use a text widget to display text, links, images, HTML, or a combination of these. Edit them in the Widget section of the Customizer.

FineArtAmerica.com has revolutionized the way that artwork is bought and sold around the world, it provides artists and photographers with sales and marketing tools to help simplify and accelerate their careers. These tools allow our sellers to set up branded web stores, sell prints on Facebook, sell prints on Amazon, create e-newsletters, and much more.Fine art America Profile.